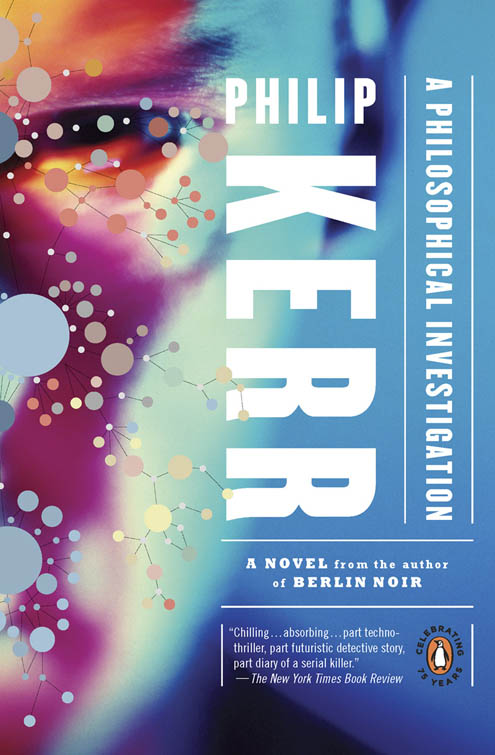 LONDON, 2013. Serial killings have reached epidemic proportions-even with the widespread government use of DNA detection, brain-imaging, and the “punitive coma.” Beautiful, whip-smart, and driven by demons of her own, Detective Isadora “Jake” Jacowicz must stop a murderer, code-named “Wittgenstein,” who has taken it upon himself to eliminate any man who has tested positive for a tendency towards violent behavior-even if his victim has never committed a crime.

Philip Kerr is winning more acclaim than ever for his beloved Bernie Gunther series and-with Kerr’s higher profile-A Philosophical Investigation is poised to capture an all-new readership with its riveting tale of a killer whose intellectual brilliance is matched only by his homicidal madness.