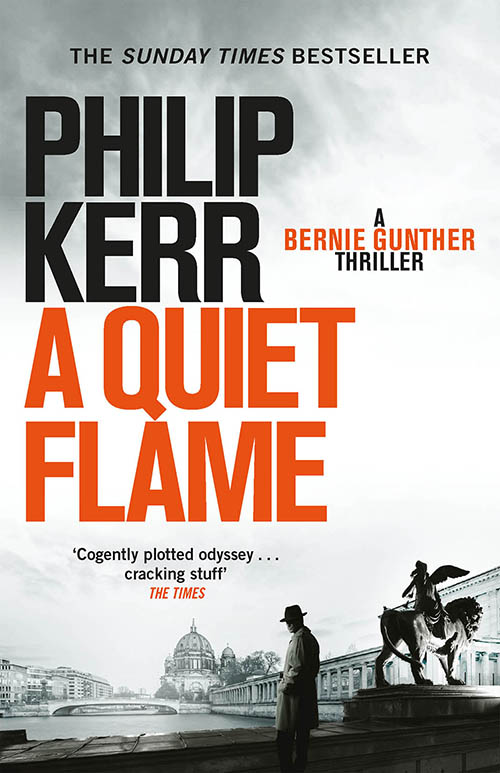 When he introduced Bernie Gunther in the original Berlin Noir trilogy, Philip Kerr immediately established himself as a thriller writer on par with Raymond Chandler. His new Bernie Gunther novels have won him comparisons with Alan Furst, John le Carré, and Graham Greene. A Quiet Flame finds Gunther in Argentina, circa 1950, where he- falsely accused of Nazi war crimes-has been offered a new life and a clean passport by the Perón government. But the tough, fast-talking detective doesn’t have the luxury of laying low when a serial killer- whose crimes may reach back to Berlin before the war-is mutilating young girls. Taut, gritty, and loaded with evocative historical detail, A Quiet Flame is among Kerr’s best work yet.