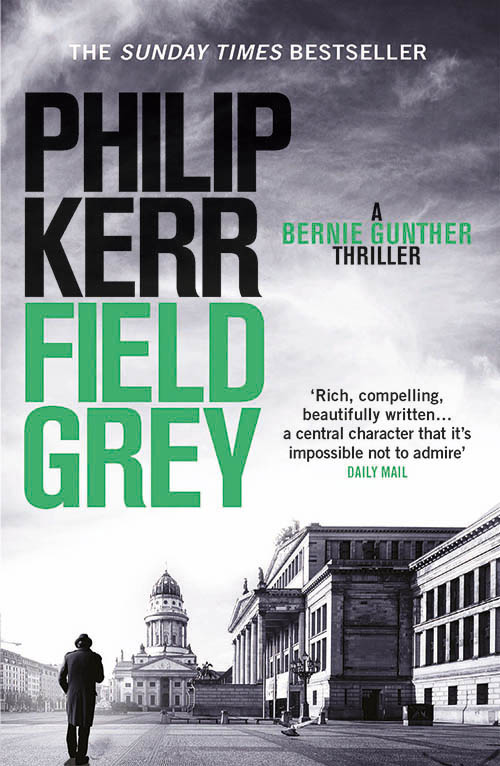 Bernie Gunther is one of the great protagonists in thriller literature. During his eleven years working homicide in Berlin’s Kripo, Bernie learned a thing or two about evil. Then he set himself up as a private detective-until 1940 when Heydrich dragooned him into the SS’s field gray uniform and the bloodbath that was the Eastern Front. Spanning twenty-five tumultuous years, Field Gray strides across the killing fields of Europe, landing Bernie in a divided Germany at the height of the Cold War. Bernie’s latest outing will mesmerize both readers of the Berlin Noir trilogy and anyone who loves historical thrillers, catapulting this cult favorite to breakout stardom.