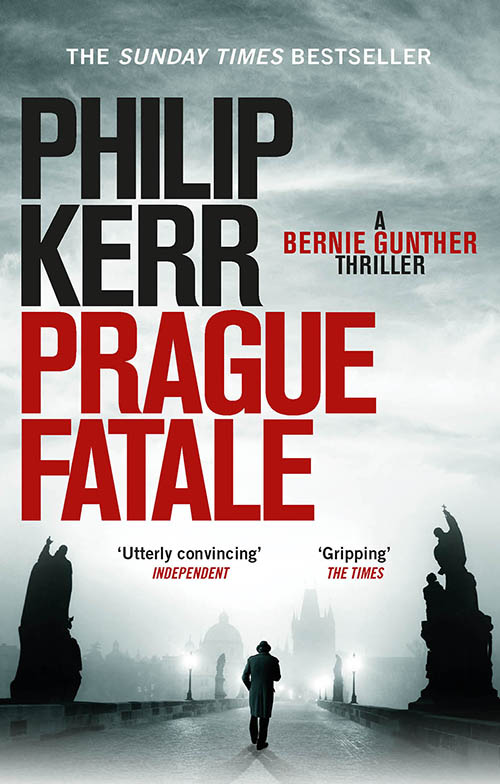 First introduced in Philip Kerr’s celebrated Berlin Noir trilogy, Bernie Gunther is an honest cop living in the most ruthless of times. Prague Fatale is Bernie’s latest outing, and it’s a tantalizing locked-door mystery-cum-political-thriller that’s poised to build on Field Gray’s success, confirming Kerr as a master of espionage literature.
It’s 1941 and Bernie is back from the Eastern Front, once again working homicide in Berlin’s Kripo and answering to Reinhard Heydrich, a man he both detests and fears. Heydrich has been newly named Reichsprotector of Czechoslovakia. Tipped off that there is an assassin in his midst, he orders Bernie to join him at his country estate outside Prague, where he has invited some of the Third Reich’s most odious officials to celebrate his new appointment. One of them is the would-be assassin. Bernie can think of better ways to spend a beautiful autumn weekend, but, as he says, “You don’t say no to Heydrich and live.”