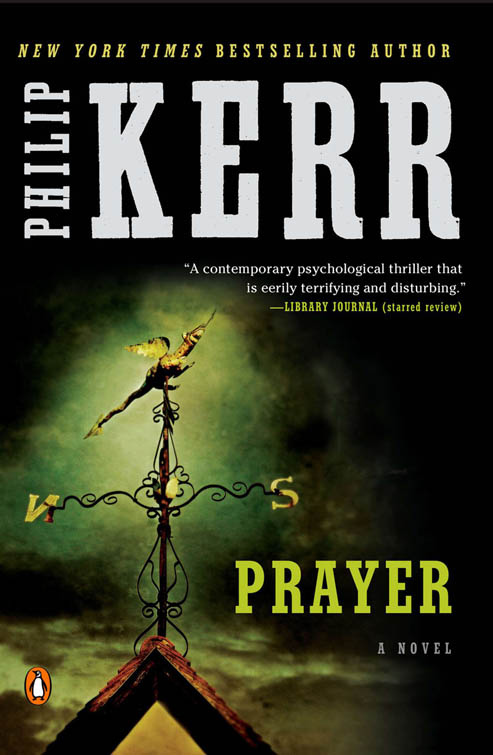 Acclaimed for his historical mysteries, Philip Kerr seamlessly shifts to a present-day setting with Prayer.

Gil Martins, an agent with the FBI’s Domestic Terrorism Unit in Houston, sees the violence wrought by extremists of all kinds. Gil has always been on the side of justice—until he learns something that shakes his faith in the system, in himself, and in God. Desperate, he prays, begging to know God is there. When a serial killer begins targeting the morally righteous at the same time that a number of secular icons come under attack, Gil realizes that his prayers are being answered in a most terrifying way.