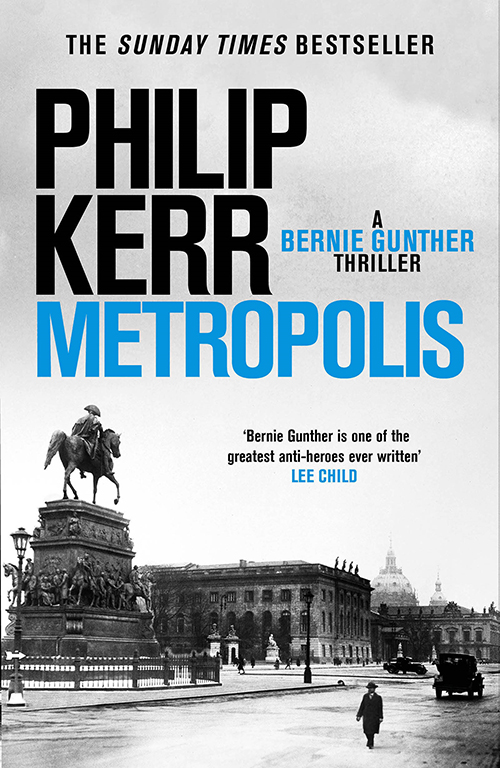 Berlin detective Bernie Gunther bows out at last in the 14th and final book of the Sunday Times and New York Times bestselling series. With an introduction by Ian Rankin.

‘One of the greatest anti-heroes ever written’ Lee Child

‘One of the greatest master story-tellers in English’ Alan Furst

Berlin, 1928, the dying days of the Weimar Republic shortly before Hitler and the Nazis came to power. It was a period of decadence and excess as Berliners – after the terrible slaughter of WWI and the hardships that followed – are enjoying their own version of Babylon. Bernie is a young detective working in Vice when he gets a summons from Bernard Weiss, Chief of Berlin’s Criminal Police.  He invites Bernie to join KIA – Criminal Inspection A – the supervisory body for all homicide investigation in Kripo. Bernie’s first task is to investigate the Silesian Station killings – four prostitutes murdered in as many weeks. All of them have been hit over the head with a hammer and then scalped with a sharp knife.

Bernie hardly has time to acquaint himself with the case files before another prostitute is murdered. Until now, no one has shown much interest in these victims – there are plenty in Berlin who’d  like the streets washed clean of such degenerates. But this time the girl’s father runs Berlin’s foremost criminal ring, and he’s prepared to go to extreme lengths to find his daughter’s killer.

Then a second series of murders begins – of crippled wartime veterans who beg in the city’s streets. It seems that someone is determined to clean up Berlin of anyone less than perfect. The voice of Nazism is becoming a roar that threatens to drown out all others. But not Bernie Gunther’s …